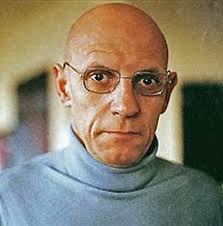 Poststructuralism and contemporary feminism have emerged as two of the most influential political and cultural movements of the late twentieth century. The recent alliance between them has been marked by an especially lively engagement with the work of French philosopher Michel Foucault. Although Foucault makes few references to women or to the issue of gender in his writings, his treatment of the relations between power, the body and sexuality has stimulated extensive feminist interest. Foucault’s idea that the body and sexuality are cultural constructs rather than natural phenomena has made a significant contribution to the feminist critique of essentialism. While feminists have found Foucault’s analysis of the relations between power and the body illuminating, they have also drawn attention to its limitations. From the perspective of a feminist politics that aims to promote women’s autonomy, the tendency of a Foucauldian account of power to reduce social agents to docile bodies seems problematic. Although many feminist theorists remain critical of Foucault’s questioning of the categories of the subject and agency on the grounds that such questioning undermines the emancipatory aims of feminism, others have argued that in his late work he develops a more robust account of subjectivity and resistance which, while not without its problems from a feminist perspective, nevertheless has a lot to offer a feminist politics. The affinities and tensions between Foucault’s thought and contemporary feminism are discussed below.

1. Background: Foucault’s Genealogy of Power, Knowledge and the Subject

In the works of his middle years – Discipline and Punish and The History of Sexuality, Vol. 1 – Foucault traces the emergence of some of the practices, concepts, forms of knowledge, social institutions and techniques of government which have contributed to shaping modern European culture. He calls the method of historical analysis he employs ‘genealogical’. Genealogy is a form of critical history in the sense that it attempts a diagnosis of ‘the present time, and of what we are, in this very moment’ in order ‘to question … what is postulated as self-evident … to dissipate what is familiar and accepted’ (Foucault 1988a: 265). What distinguishes genealogical analysis from traditional historiography is that it is ‘a form of history which can account for the constitution of knowledges, discourses, domains of objects etc. without having to make reference to a subject which is either transcendental in relation to the field of events or runs in its empty sameness throughout history’ (Foucault 1980: 149). Rather than assuming that the movement of history can be explained by the intentions and aims of individual actors, genealogy investigates the complex and shifting network of relations between power, knowledge and the body which produce historically specific forms of subjectivity. Foucault links his genealogical studies to a modality of social critique which he describes as a ‘critical ontology of the present’. In a late paper, he explains that an ontology of the present involves ‘an analysis of the historical limits that are imposed on us’ in order to create the space for ‘an experiment with the possibility of going beyond them’ (Foucault 1984: 50). Thus, genealogy is a form of social critique that seeks to determine possibilities for social change and ethical transformation of ourselves.

2. Between Foucault and Feminism: Convergence and Critique

From the perspective of contemporary social and political theory, the originality of Foucault’s genealogies of power/knowledge resides in the challenge they pose to traditional ways of thinking about power. It is this challenge that has made Foucault’s work both a significant resource for feminist theory and generated heated debate amongst feminist social and political theorists. While there is broad agreement that Foucault’s redefinition of how we think about power in contemporary societies contains important insights for feminism, feminists remain divided over the implications of this redefinition for feminist theory and practice.

3. Power, the Body and Sexuality

There are a number of aspects of Foucault’s analysis of the relations between power, the body and sexuality that have stimulated feminist interest. Firstly, Foucault’s analyses of the productive dimensions of disciplinary powers which is exercised outside the narrowly defined political domain overlap with the feminist project of exploring the micropolitics of personal life and exposing the mechanics of patriarchal power at the most intimate levels of women’s experience. Secondly, Foucault’s treatment of power and its relation to the body and sexuality has provided feminist social and political theorists with some useful conceptual tools for the analysis of the social construction of gender and sexuality and contributed to the critique of essentialism within feminism. Finally, Foucault’s identification of the body as the principal target of power has been used by feminists to analyze contemporary forms of social control over women’s bodies and minds.

Although the use that Bartky and Bordo make of Foucault’s insights into the operation of normalizing disciplinary power is a corrective to his failure to recognize the gendered nature of disciplinary techniques, some feminists have argued that their work reproduces a problematic dimension of Foucault’s account of modern disciplinary power. Jana Sawicki explains that the problem faced by this kind of feminist appropriation of Foucault is its inability to account for effective resistance to disciplinary practices. Like Foucault, Bartky and Bordo envisage modern disciplinary power as ubiquitous and inescapable. Foucauldian power reduces individuals to docile and subjected bodies and thus seems to deny the possibility of freedom and resistance. According to Sawicki, ‘Bartky and Bordo have portrayed forms of patriarchal power that insinuate themselves within subjects so profoundly that it is difficult to imagine how they (we) might escape. They describe our complicity in patriarchal practices of victimization without providing suggestions about how we might resist it’ (Sawicki 1988: 293).

The key problems identified by feminist critics as preventing too close a convergence between Foucault’s work and feminism – his reduction of social agents to docile bodies and the lack of normative guidance in his model of power and resistance – are indirectly addressed by Foucault in his late work on ethics. Whereas in his earlier genealogies Foucault emphasized the processes through which individuals were subjected to power, in his later writings he turned his attention to practices of self-constitution or ‘practices of freedom’ which he called ethics.

The idea of practicing freedom is central to Foucault’s exploration and analysis of the ethical practices of Antiquity. It refers to the ways in which individuals in Antiquity were led to exercise power over themselves in the attempt to constitute or transform their identity and behavior in the light of specific goals. What interests Foucault about these ethical practices and ancient ‘arts of existence’ is the kind of freedom they presuppose. He suggests that the freedom entailed in practicing the art of self-fashioning consists neither in resisting power nor in seeking to liberate the self from regulation. Rather, it entails the active and conscious arrogation of the power of regulation by individuals for the purposes of ethical and aesthetic self-transformation. In her reflections on Foucault’s positive account of freedom, Sawicki notes that it offers a more affirmative alternative to his earlier emphasis on the reactive strategy of resistance to normalization (Sawicki 1998: 104). For the late Foucault, individuals are still understood to be shaped by their embeddedness in power relations, which means that their capacities for freedom and autonomous action are necessarily limited. However, he suggests that by actively deploying the techniques and models of self-formation that are ‘proposed, suggested, imposed’ upon them by society (Foucault 1988b: 291), individuals may creatively transform themselves and in the process supplant the normalization operating in pernicious modern technologies of the self (Sawicki 1998: 105). Sawicki sees a link between Foucault’s notion of practices of freedom and Donna Haraway’s call for a cyborg politics that emphasizes the conscious creation of marginalized subjects capable of resisting domination. In a more critical vein, feminists like Jean Grimshaw and McNay argue that Foucault’s promising turn to a more active model of subjectivity still leaves crucial issues unresolved. In Grimshaws formulation, Foucault evades the vital question of ‘when forms of self-discipline or self-surveillance can … be seen as exercises of autonomy or self-creation, or when they should be seen, rather, as forms of discipline to which the self is subjected, and by which autonomy is constrained’ (Grimshaw 1993: 66; McNay 1992: 74). In response to this criticism, Moya Lloyd suggests that it is Foucault’s earlier notion of genealogy as critique which allows us to distinguish between autonomous practices of the self and technologies of normalization. For Lloyd, the Foucauldian practice of critique – a practice which involves the effort to recognize, decipher and problematize the ways in which the self is produced – generates possibilities for alternative practices of the self and, thus, for more autonomous experiments in self-formation. Lloyd explains that ‘it is not the activity of self-fashioning in itself that is crucial. It is the way in which that self-fashioning, when allied to critique, can produce sites of contestation over the meanings and contours of identity, and over the ways in which certain practices are mobilized’ (Lloyd: 1988: 250). With the introduction of a notion of freedom in his late work, Foucault also clarifies the normative grounds for his opposition to certain forms of power. In his discussion of ethics, Foucault suggests that individuals are not limited to reacting against power, but may alter power relationships in ways that expand their possibilities for action. Thus, Foucault’s work on ethics can be linked to his concern to counter domination, that is, forms of power that limit the possibilities for the autonomous development of the self’s capacities. By distinguishing power relations that are mutable, flexible and reversible, from situations of domination in which resistance is foreclosed, Foucault seeks to encourage practices of liberty ‘that will allow us to play … games of power with as little domination as possible’ (Foucault 1988b: 298). Sawicki argues that Foucault’s notion of practices of freedom has the potential to broaden our understanding of what it is to engage in emancipatory politics. In Foucault’s conception of freedom as a practice aimed at minimizing domination, Sawicki discerns an implicit critique of traditional emancipatory politics which tends to conceive of liberty as a state free from every conceivable social constraint. Following Foucault, Sawicki argues that the problem with this notion of emancipation is that it does not go far enough: ‘Reversing power positions without altering relations of power is rarely liberating. Neither is it a sufficient condition of liberation to throw off the yoke of domination’ (Sawicki 1998: 102). If, as Foucault suggests, freedom exists only in being exercised and is, thus, a permanent struggle against what will otherwise be done to and for individuals, it is dangerous to imagine it as a state of being that can be guaranteed by laws and institutions. By insisting that liberation from domination is not enough to guarantee freedom, Foucault points to the importance of establishing new patterns of behaviour, attitudes and cultural forms that work to empower the vulnerable and, in this way, to ensure that mutable relations of power do not congeal into states of domination. Thus, for Sawicki, the value of Foucault’s late work for feminism consists in the conceptual tools that it provides to think beyond traditional emancipatory theories and practices.